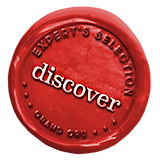 A family domaine since 1835. Adele, Elsa and their parents Pascale and Thierry work together, ensuring the highest level of wine growing, winemaking, wine maturing and wine marketing. Having obtained a degree in wine growing and oenology in Beaune, Pierre’s son Thierry Matrot born in 1955, continued his studies in business at Macon Davayé. He joined the Domaine in 1976 and in 1983 onwards he took over the vinification. Together with his father, he continued to establish the reputation of Domaine Matrot and its wines. In January 2000, Thierry and Pascale Matrot established and developed a limited liability company allowing them to buy and sell the harvest of the “Héritiers du Domaine Joseph Matrot” vineyards. They made the domaine bigger as a result of Meursault, Auxey-Duresses and Burgundy Pinot Noir wines. Adele and Elsa Matrot joined their parents, Thierry and Pascale, at the Domaine. In 2008, after obtaining a BTS in wine trade from Montpellier and a university degree in viticulture-oenology at the Université des Sciences in Dijon, Elsa joined the Domaine. Adèle joined in 2010 after obtaining a Master’s Degree at Grenoble Ecole de Management, a Master’s Degree in wine trade at ESC Dijon and vocational training in viticulture and oenology at CFPPA Beaune. Their ambition is to keep the family Domaine alive. In 2012, they invested in a Manages Village plot in order to add another appellation to the Domaine’s wide range.
Request wines of the winemaker

C –
citric acid
A common plant acid, abundant in some fleshy fruits such as lemons, but rare in grapes. The grape is unusual among fruits in that its major acid is tartaric acid, rather than citric acid, whose concentration in the juice of most grape varieties is only about one-twentieth that of tartaric acid.
more
M –
Melon
Or Melon de Bourgogne, the most planted grape variety in the Loire valley, planted on 10798ha/26671acres in 2011 and famous in only one respect and one region, Muscadet.
more
Q –
QbA
Qualitätswein is what POD wines are called in German. This is Germany's largest and lowest wine category and in practice includes all those wines once known as QbA. The grapes must originate in one of Germany's 13 official wine regions and reach minimum must weights.
more
L –
left bank
An expression for that part of the Bordeaux wine region that is on the left bank of the river Garonne. It includes, travelling down river, Graves, Sauternes, Barsac, Pessac-Léognan, Médoc and all the appellations of the Médoc.
more
B –
Burgundy
Known as Bourgogne in French, province of eastern France famous for ist great red and white wines produced mostly from Pinot Noir and Chardonnay rapes respectively.
more
S –
Spätlese
Means literally "late harvest" but, as a so called Prädikat, is officially defined by grape sugar at harvest.
more
P –
port
A fortified wine made by adding brandy to arrest fermenting grape must which results in a wine, red and sometimes white, that is both sweet and high in alcohol.
more
F –
fortified wines
Are those which have been subjected to frotification and therefore include Sherry, Port, Madeira, Vermouth, Màlaga, Montilla, Marsala, Liqueur Muscat and Liqueur Tokay.
more
C –
chaptalization
Common winemaking practice, named after its French promulgator Jean-Antoine Chaptal, whereby the final alcoholic strength of a wine is increased by addition of sugar to the grape juice or must, before and/or during fermentation, although if it is added before, the higher sugar level will make it harder for the yeast to multiply.
more
I –
inner staves
Or insert, planks of wood, usually oak, placed in a stainless steel tank and held in position by a metal framework, are a way of imparting oak flavour to wine more cheaply than by fermenting or ageing in barrels since the staves are easily replaced.
more
B –
Bordeaux mixture
Bouillie bordelaise in French, once much-used mixture of lime, copper sulfate, and water first recorded in 1885 by Alexis Millardet, as an effect control of downy mildew.
more
B –
Brix
Scale of measuring total dissolved compounds in grape juice, and therefore ist approximate concentration of grape sugars. It is used in the United States.
more
S –
soutirage
French term for racking, or moving clear wine off ist sediment and into a clean container. It can also be used for the wine serving process of decanting.
more
B –
BYO
Stands for "Bring Your Own" (wine) and is a type of restaurant most common in Australia and New Zealand, where the term was coined.
more
C –
collage
French term for fining.
more
A –
astringency
Is a complex of sensations resulting from the shrinking, drawing, or puckering of the tissues of the mouth. The most important astringent materials are tannins.
more
V –
vin doux naturel
Translates directly from French as a wine that is naturally sweet. Vins doux naturels are made by mutage, by artificially arresting the conversion of grape sugar to alcohol by adding spirit before fermentation is complete.
more
V –
village wine
Is a term used particularly in Burgundy for wine which qualifies for an appellation that coincides with the name of the village or commune in which the wine is made.
more
A –
ascorbic acid
Vitamin C, one of the first vitamins to be discovered, and a winemaking additiv used chiefly as an antioxidant.
more
E –
estate bottled
Term used on labels which has very specific meaning in the Unitet States, where an estate-bottled wine must come from the winery's own vineyards or those on which the winery has a long lease; both vineyards and winery must be in the geographical area specified an the label.
more
M –
maceration
Ancient word for steeping a material in liquid with or without a kneading action to separate the softened parts of the material from the harder ones. This important process in red winemaking involves extracion of the phenolics or anthocyanins, other glycosides, including flavour precursors from the grape skins, seeds, and stem fragments into the juice or new wine.
more
R –
refractometer
An instrument for measuring a refractive index, which is related to the amount by which the angle of a light wave is changed when passing through the boundary between two media. The amount of refraction is a convenient way to measure solute concentration of a solution and is widely used in viticultural and winemaking to follow the ripeness of grapes and changes during vinification.
more
A –
American hybrids
A group of vine hybrids developed in the eastern United States, mainly in the early and mid 19th century.
more
B –
bricco
In the dialect of the north west Italian region of Piemonte, indicates the highest part of an elevation in the landscapeor, in particular, a vineyard with a steep gradient at the top of a hill.
more
M –
Mercurey
Most important village in the Côte Chalonnaise district of Burgundy. While most of the production is in red wines made from Pinot Noir, a small quantity of unusually scented white wine from Chardonnay is also made.
more
Previous Next
Wine purchasing
Our wine purchasing process is straightforward: simply send us a detailed list of the wines you wish to sell.
more Template PDF Template Excel